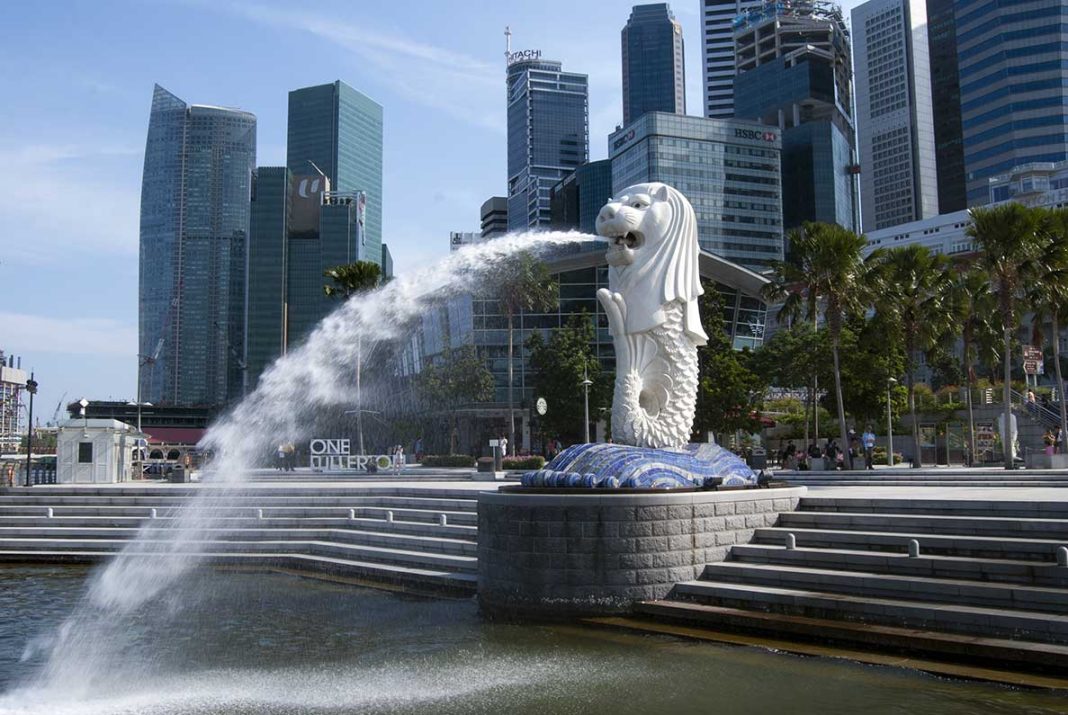 The New York Stock Exchange (NYSE) announced on July 21st, 2022 that it had signed a memorandum of understanding with the Singapore Stock Exchange Group, which included cooperation in the listing of the Company on the two exchanges, the development of new ESG products and services, support for the development of index products of the New Stock Exchange Group and ICE Data Indicators, a subsidiary of the New York Stock Exchange, and the exploration and launch of new ETF products. The move was interpreted by the industry as an important preparation made by the Singapore Exchange for the return of Chinese concept stocks. In fact, since the “Didi incident” in 2021, the booming IPO market of Chinese concept stocks has experienced a sudden downturn. Over the past year, with the cold reception of Chinese concept stocks, Singapore has become a competitive arena for various intermediaries in the US capital market and enterprises in mainland China. Singapore’s corporate and capital markets have ushered in a historic opportunity to integrate into the world.

Since October 9, 1992, Brilliance Auto (NYSE: CBA), the first Chinese company listed overseas, has landed on the New York Stock Exchange. The Chinese concept stocks have experienced 30 years of ups and downs. Today, there are more than 280 Chinese companies listed in the United States, approaching the digital mark of 300. Behind the simple figure of “30 years, 300 enterprises” are countless exciting business legends, and it is also the grand history of Chinese enterprises’ integration into the global capital market.

Although Sino-US relations have taken a sharp turn for the worse in recent years, the number of Chinese companies listed in the United States has not been affected before the first half of 2021, and has remained at around 30 or 40 a year.

Behind the sharp drop in the number of listings is a “regulatory storm” in China and the United States over Chinese concept stocks. In the United States, the SEC’s Holding Foreign Companies Accountable Act makes it clear that U.S. listed companies need to disclose audit papers, or face delisting risk; At the same time, the SEC has added a large number of questions about the VIE structure and the impact of industry policies on the Chinese concept companies submitting the prospectus, which has overwhelmed these companies to be listed. In China, China National Internet Information Office has made clear the pre-set rules for data security verification for overseas listed companies; On December 24, 2021, the China Securities Regulatory Commission (CSRC) issued the Measures for the Administration of Overseas Securities Issuance and Listing of Domestic Enterprises (Draft for Solicitation of Opinions), which specifies the procedures for filing with the CSRC for overseas listing of domestic enterprises.

Looking back over the past few decades, Singapore’s interaction with Wall Street in the capital market has not been much. According to the statistics of Office Address in Singapore, as of the end of June 2022, there were only 28 Singaporean companies listed in the United States. Among them, there are also 9 SPACs. Of these 28 companies, 17 have completed IPO after 2020. Excluding SPAC, 9 of the 19 US-listed Singapore companies went public after 2020.

In other words, the amount of Singapore companies listed in the U.S. over the past two years is the sum of the past few decades, and it is still increasing. On the one hand, due to the lacking interest in Chinese concept stocks, various intermediaries in the U.S. capital market (securities firms, lawyers, auditors, etc.) went to Singapore to seek new projects. During my recent two-month business trip to New York, almost all the relevant capital market institutions concerned were discussing Singapore. On the other hand, the SEC and the Exchange also offer special preferential treatment to Singaporean enterprises. One obvious difference is that after the China concept stocks submitted their prospectus to the SEC, most of them received dozens of questions in the first round. During the same period, Singapore companies that submitted their prospectuses to the SEC often received no more than ten questions, which led to a significant advantage in the efficiency of Singapore companies’ listing in the United States.

How should Singapore seize this rare opportunity?

For the growing Singapore enterprises, cooperating with Wall Street and entering the world’s most liquid capital market can obtain more capital to help the enterprises develop. This historical opportunity can be firmly grasped by showing the world one’s image through being a listed company.

Meanwhile, for the investors in Singapore, in the process of the excellent Singapore enterprises moving to the global capital market, both normal IPO and SPAC contain a large number of investment opportunities worth exploring. A number of outstanding Singapore investment institutions have already taken active actions. For example, Horizon Holdings and StarOn Capital Group, a Singapore-based capital group, recently planned to set up Pre-IPO funds in China and Singapore to explore outstanding Singaporean companies.

Last but not least, it’s good for Singapore’s capital market to continuously improve the mechanism, devote itself to improving liquidity, and attract excellent Chinese concept stocks to do the dual listing in Singapore, or even return directly. This is also a once-in-a-lifetime opportunity.

In sum, times make heroes. In the face of the downturn of China’s concept stocks, Singapore should take the opportunity to encourage the excellent enterprises supporting Singapore to participate in the global capital market in various ways. On the other hand, it will optimize its capital market structure to attract outstanding Chinese concept companies. It is expected that more Singaporean enterprises will create legends on Wall Street and Singapore will become the second hometown of some Chinese concept stocks.

The article was written by Mingyu Li (Michael), the Chairman of Horizon Holdings, Partner of StarOn Capital Group and financial investment adviser, Director of Jinang Qianfeng Capital Management Co., Ltd., and a senior capital operations expert. Wall Street Multimedia has the right to share the article on the platform.