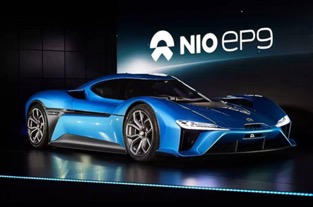 NIO said it expects to deliver between 20,000 and 25,000 cars over the current quarter, down from the 42% growth rate it recorded over the final half of last year. It is a signal that electric car sales in China would slow over the first three months of the year. After the earnings report, Tesla, Li Auto, and Xpeng shares also edged lower today.

However, there is a piece of promising news: the CEO William Li said Nio is planning to start exporting to Europe in the second half of 2021. As William mentioned, the proportion of electric vehicle sales has risen very quickly in Europe in 2020, for example in Norway, EVs accounted for about 50% of total vehicle sales. It is foreseeable that Europe, after China, would be another battleground for VE makers soon.

The IPO market remained active in the first quarter of 2021 as it followed the continued momentum seen in the second half of last year.
Read more
Op-Ed

The Market Is Focusing On Earnings Results