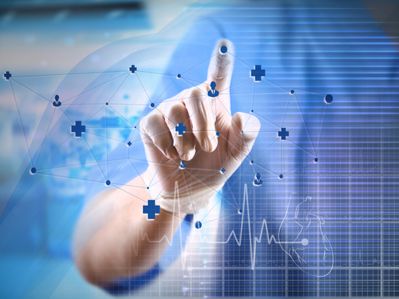 In-depth analysis of us stocks

Grail Inc. , Thrive Early Detection Corp., and AnPac Bio Medical-Science Co., Ltd. have widely been acknowledged as the players in cancer screening space. If investors take a closer look at the three companies’ fundamentals, market share, innovation capabilities and prospects, they would reach the conclusion that each company has its own uniqueness and competitive advantages.

While Grail Inc. (“Grail” hereafter) and Thrive Early Detection Corp. (“Thrive” hereafter) are private companies, AnPac Bio Medical-Science Co., Ltd. (“AnPac Bio”) is Nasdaq-listed. Grail has been highly sought after in the primary market, with a current valuation at about 3.2 billion U.S. dollars, attracting famous investors include Microsoft’s co-founder Bill Gates and Amazon’s Jeff Bezos. Thrive, which focuses on incorporating early stage cancer detection into routine medical care, raised 110 million U.S. dollars in a Series A financing. AnPac Bio, on the other hand, has a market capitalization of about 70 million U.S. dollars.

In terms of the founders and their teams, Grail and Thrive have rather similar composition. Both teams are consisted of mainly life science experts. Grail’s CEO Hans Bishop has more than 30 years of experience in the biotechnology industry. Bishop founded Juno Therapeutics in 2013 and served as its President and CEO until the company was acquired by Celgene in March 2018. Thrive’s three founders are all scientists and industry pioneers. Dr. Ken W. Kinzler is a world recognized expert on the molecular and genetic analysis of human cancer, Dr. Nickolas Papadopoulos is internationally known as a co‐discoverer of the genetic basis of the predisposition to hereditary nonpolyposis colon cancer (HNPCC), while Dr. Bert Vogelstein was the first scientist to elucidate the molecular basis of a common human cancer.

What makes AnPac Bio’s team more interesting among the three companies is one of its founders’ unique and highly diverse background who went to medical school and later switched to physics and did his Ph. D. thesis in novel detection technology, with a successful track record and proven innovation capabilities in multiple industries. Dr. Chris Yu, the co-founder and CEO of AnPac Bio, is a successful serial entrepreneur. He has been an executive or co-founder of several listed companies in the United States and China. He is the first or principal inventor of over 300 patent applications spanning semiconductor, materials and life science. Dr. Yu has a proven history of developing cutting-edge products with long-term profit and sustainability, with global sales figures reaching over 4 billion U.S. dollars for innovative products developed under his leadership. Its team is also a cross disciplinary one, drawing professionals from areas of physics, medicine, biology, integrated circuit, and material science.

As for technological development, Grail initiated in February this year the PATHFINDER Study, which evaluates the implementation of the company’s investigational multi-cancer early detection test in clinical practice, and marks the first time its test will be used to return results to people. They will enroll approximately 6,200 participants across several health systems. Currently the test is not yet available for use outside of this investigational study. Based on publicly available information, Grail’s technology has evolved from ct-DNA, cf-DNA to methylation based genomics technology.

Thrive announced data from the DETECT-A (Detecting cancers Earlier Through Elective mutation-based blood Collection and Testing) study together with Johns Hopkins University and Geisinger Health in April. The study, which uses a blood test to screen for multiple types of cancers in a real-world population, enrolled more than 10,000 women with no prior history of cancer.  Thrive’s technology relies on combination of bio-chemistry based biomarkers and DNA methods.

AnPac Bio technology involves detection of bio-physical properties of blood samples, with ability to probe multi-level, multi-parameter biological information.  Its technology is called cancer differentiation analysis (CDA) technology or CDA platform in which CDA approach can be combined with bio-chemistry based bio-marker tests.

Neither Grail nor Thrive have generated revenue yet. In contrast, since 2015 AnPac Bio has generated revenues providing cancer screening services in China with one of the largest global blood sample databases of over 180,000 samples (out of which over 40,000 were clinical study samples).

IP and patent portfolio is also an important way to measure a biotechnology company’s innovative strength. Ou of the three companies, AnPac Bio appears to have the most patents and patent applications. Grail has published some conference paper while Thrive has one science paper. AnPac Bio, however, had submitted 210 patent applications in nearly 20 countries and regions by the end of September last year, among them, 121 got approved. In the United States alone, the company has submitted nearly 30 patent applications, and among them 19 were granted. This year, AnPac Bio has already been granted three U.S. patents.

Moreover, AnPac Bio has completed over 180,000 Cancer Differentiation Analysis (CDA) based tests as of July 15, 2020. This is a much larger sample size compared to the other two companies for a single given cancer detection technology (Grail’s technology has evolved multiple times). Grail’s PATHFINDER Study has yet to enroll 6,200 participants, while Thrive’s program enrolled over 10,000 women.

Not only does AnPac Bio have competitive advantages in patent numbers and sample size, the company also takes the lead in saving lives. Based on a two-year follow-up study on a portion of the people screened by AnPac Bio, on average，the company has been saving lives on a weekly basis.

LIZHI INC. Receives Recognition for being an Innovative Media and Entertainment Platform

The Market Cares About Who Controls The Senate

The Market Cares About The Stimulus Money

The Volatility In The Market Will Continue

In-depth analysis of us stocks