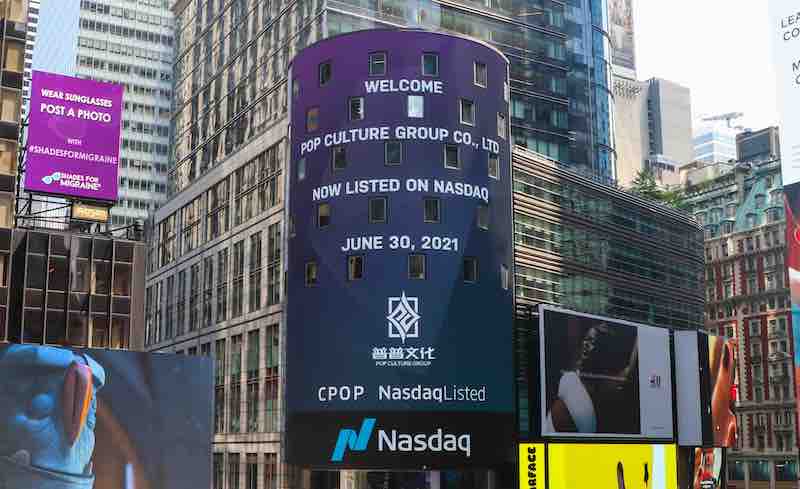 Pop Culture Group hosts entertainment events, operates hip-hop-related online programs, and provides event planning and execution services and marketing services to corporate clients. In recent years, the company has focused on developing and hosting its own hip-hop events, and it owns a portfolio of intellectual property rights related to hip-hop events.

According to the SEC files, Pop Culture Group’s senior management team is led by Mr. Zhuoqin Huang, the CEO, director, and chairman, with two decades of experience in both the marketing and hip-hop industries. In addition, members of the management team have built an extensive network in the entertainment industry over the years.

For the fiscal years ended June 30, 2019 and 2020, Pop Culture Group had total revenue of $19.03 million and $15.69 million, and net income of $3.83 million and $2.63 million, respectively. Like many other industries and companies, Pop Culture Group’s financial condition and results of operations in 2020 were adversely affected by COVID-19. However, this year’s situation would be better as the pandemic could be under control, and people’s life went back to normal.

According to the Frost & Sullivan Report, the hip-hop culture industry and street dance industry in China have been growing at a CAGR of over 20% during 2014-2019, and are expected to grow at a CAGR of over 27% during 2019-2024. The company has become the second-largest company in terms of revenue within the hip-hop culture and street dance industries in 2019.

As hip-hop culture becomes more and more popular among the younger generation in China nowadays, Pop Culture Group has a significant change to lead the industry and build a more highly recognized brand name in China as a promoter of hip-hop culture.

What makes Didi choose New York rather than Hongkong for its IPO?